Please note: We are no longer running the trains on the tracks due to lack of track accessibility. Please come explore our Railway Park and Exhibits.

Our Park consists of the Premiere Engine 2141 and other static displays.
Book your tour today to see what we have to offer.

Come Visit and See this slice of History!

All these railway artifacts and displays can be experienced through our Heritage Park Tour. Ready to book your Tour? Book Now or Contact Us! 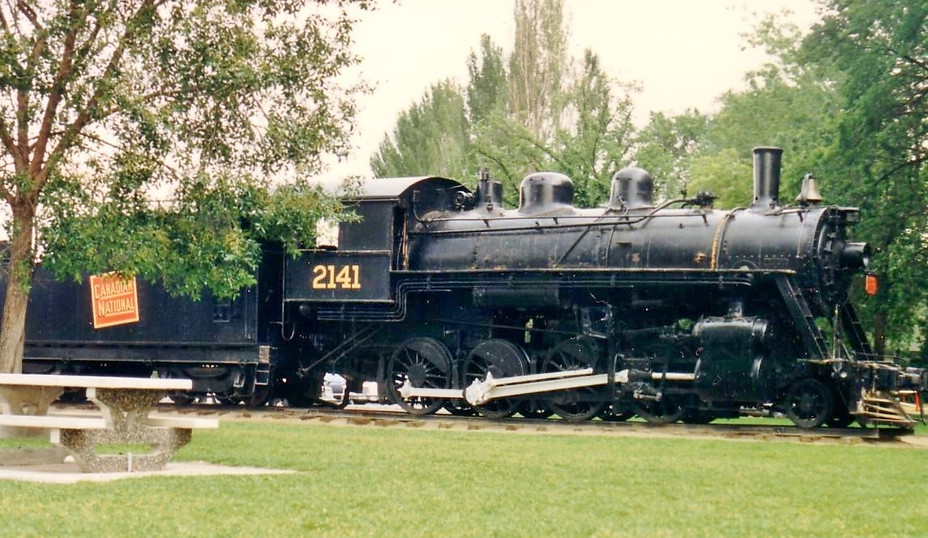 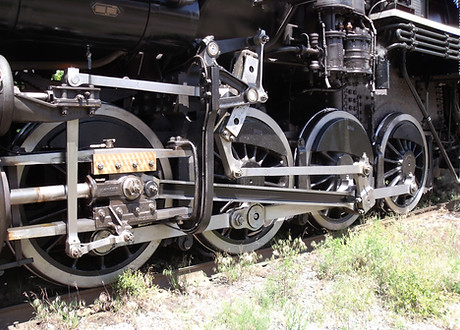 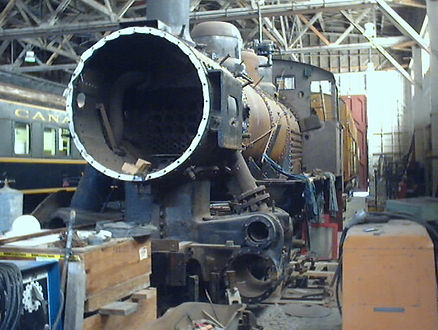 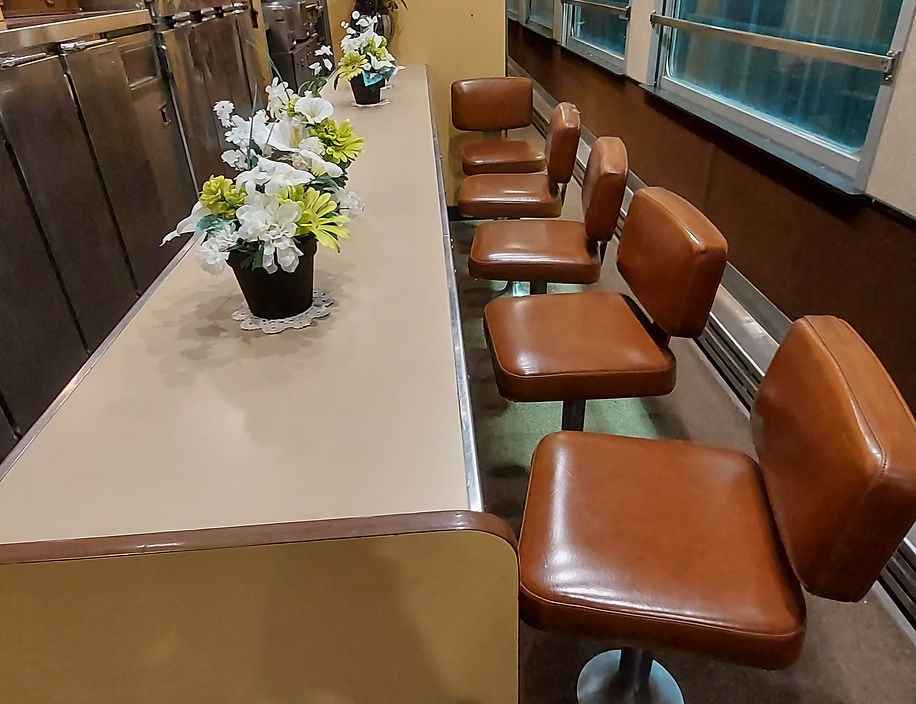 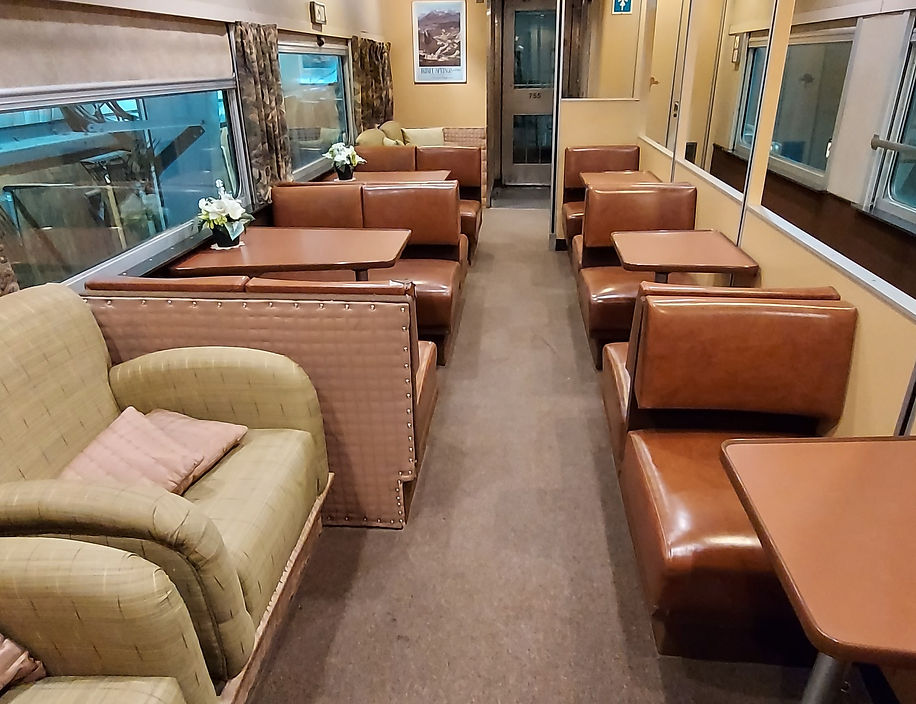 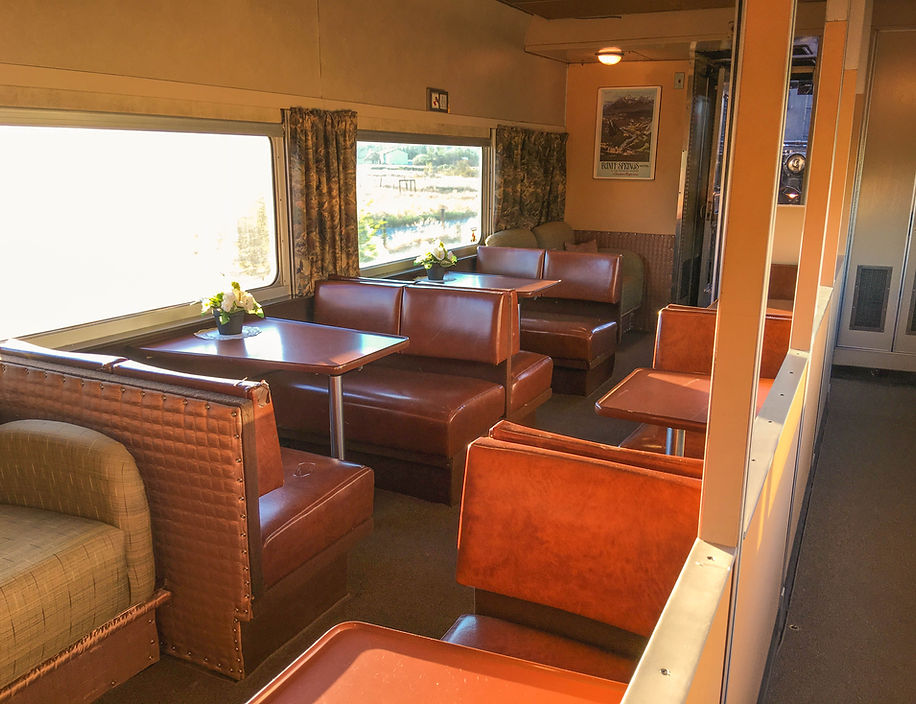 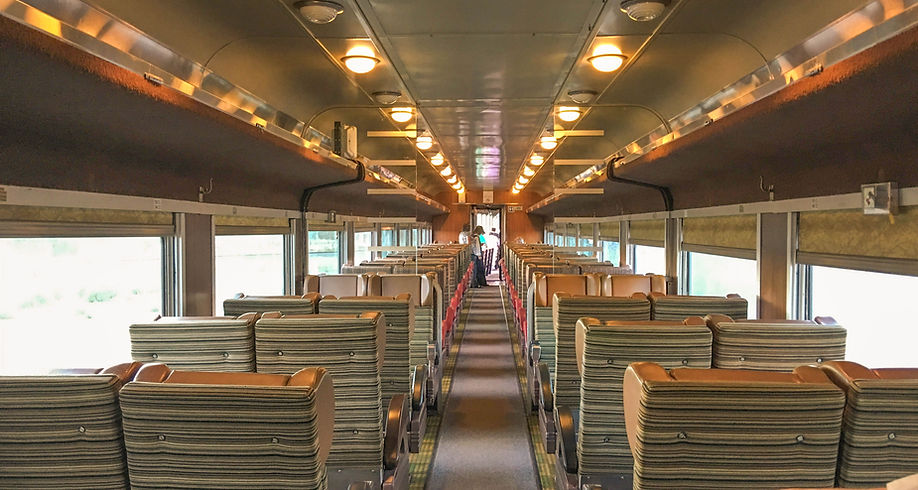 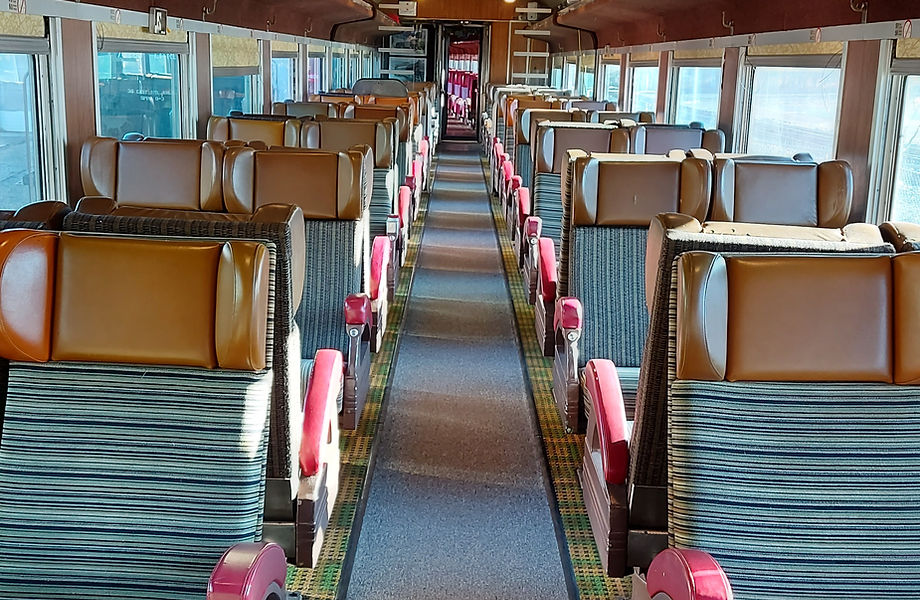 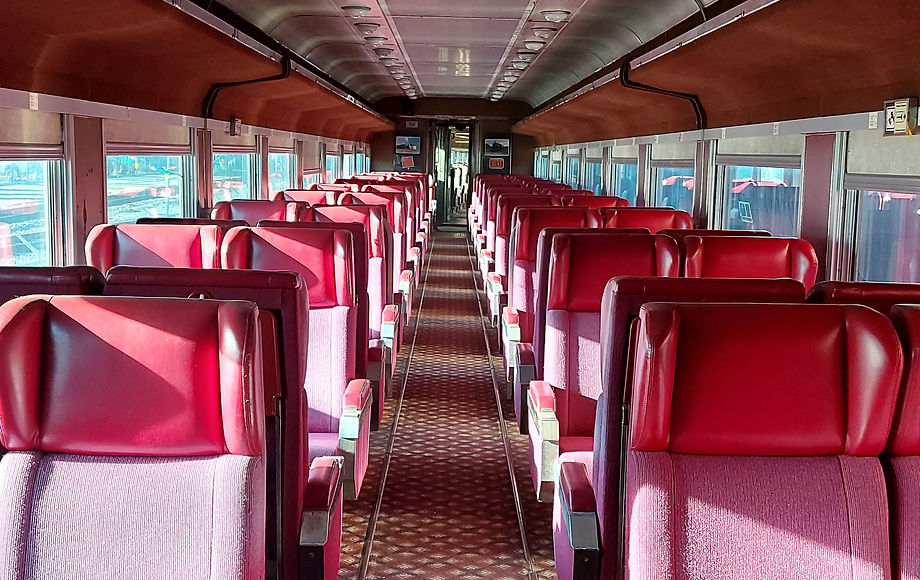 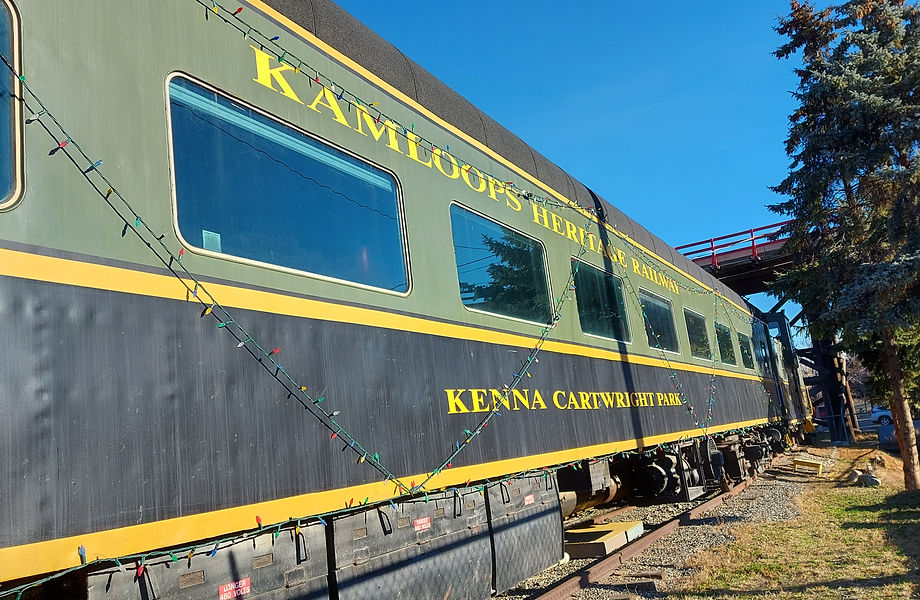 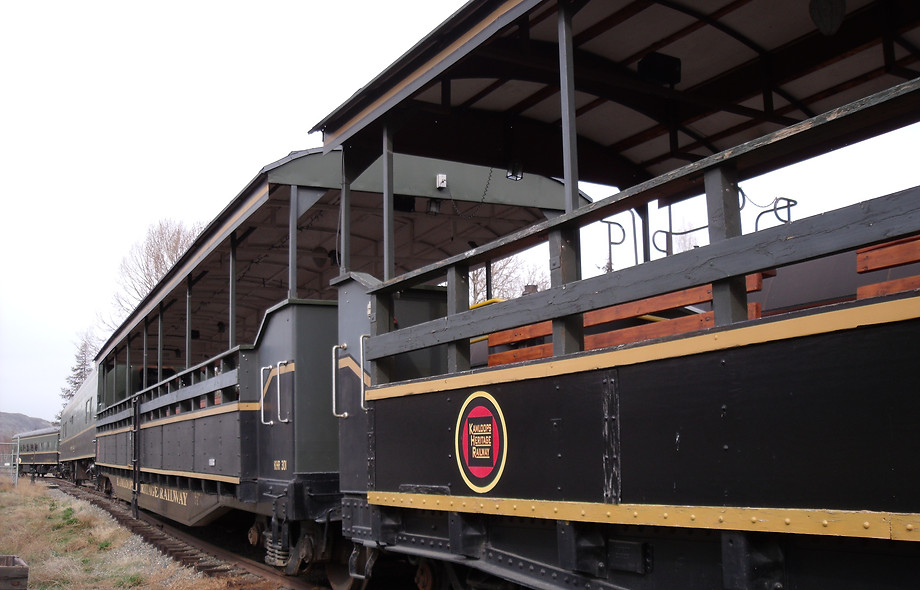 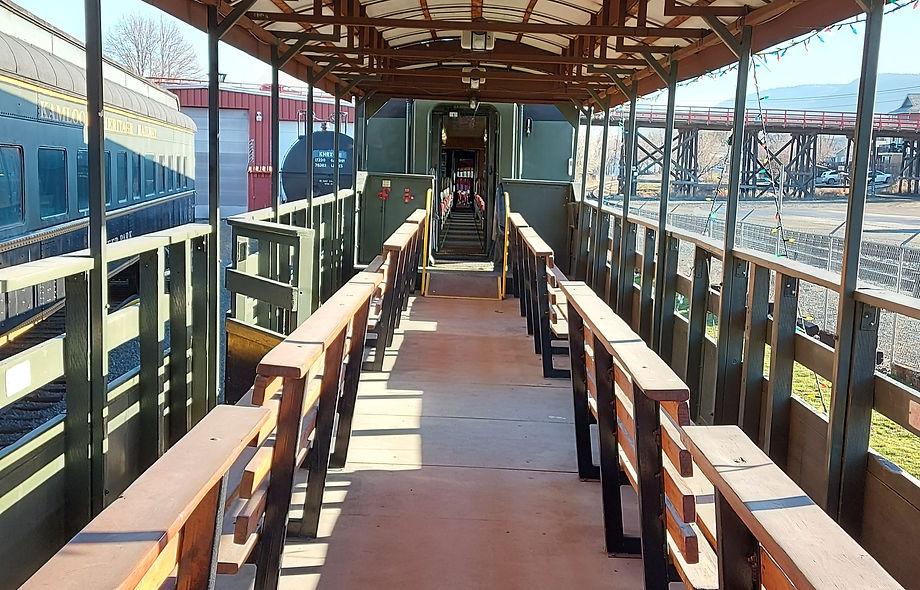 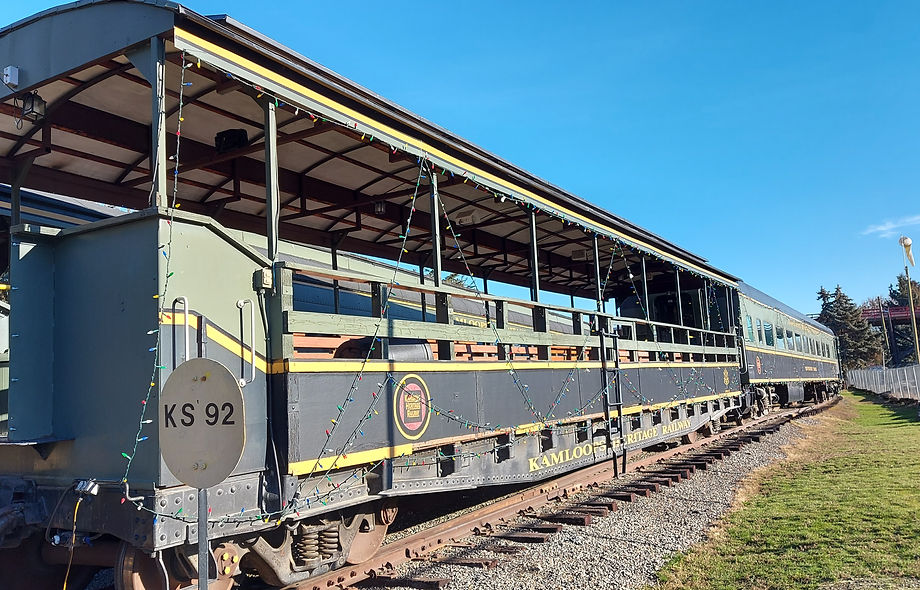 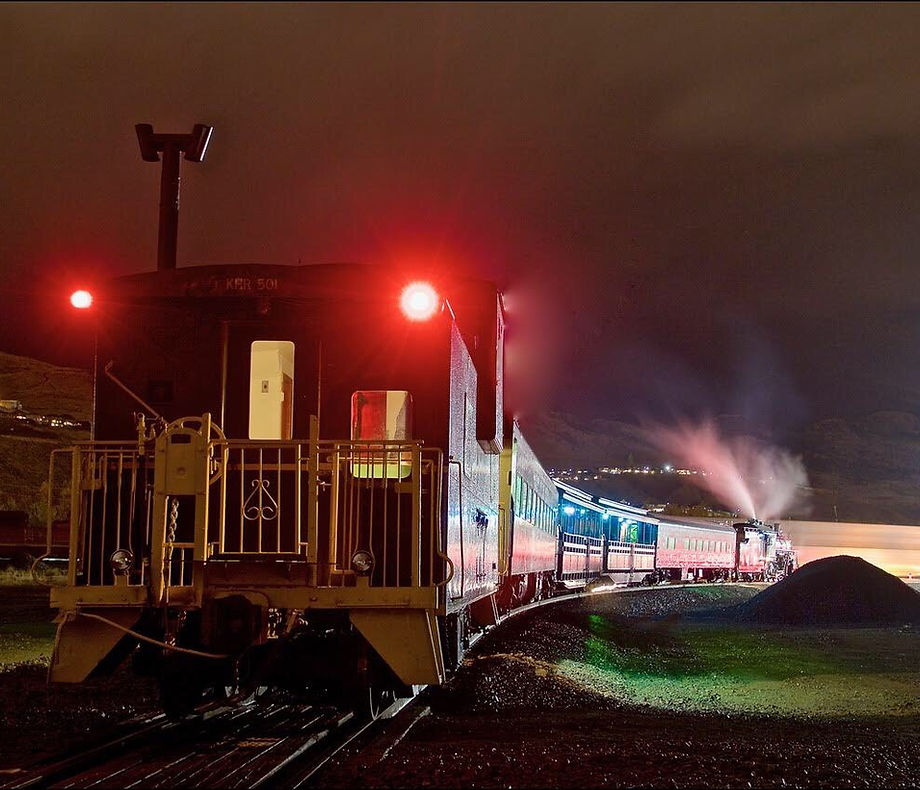 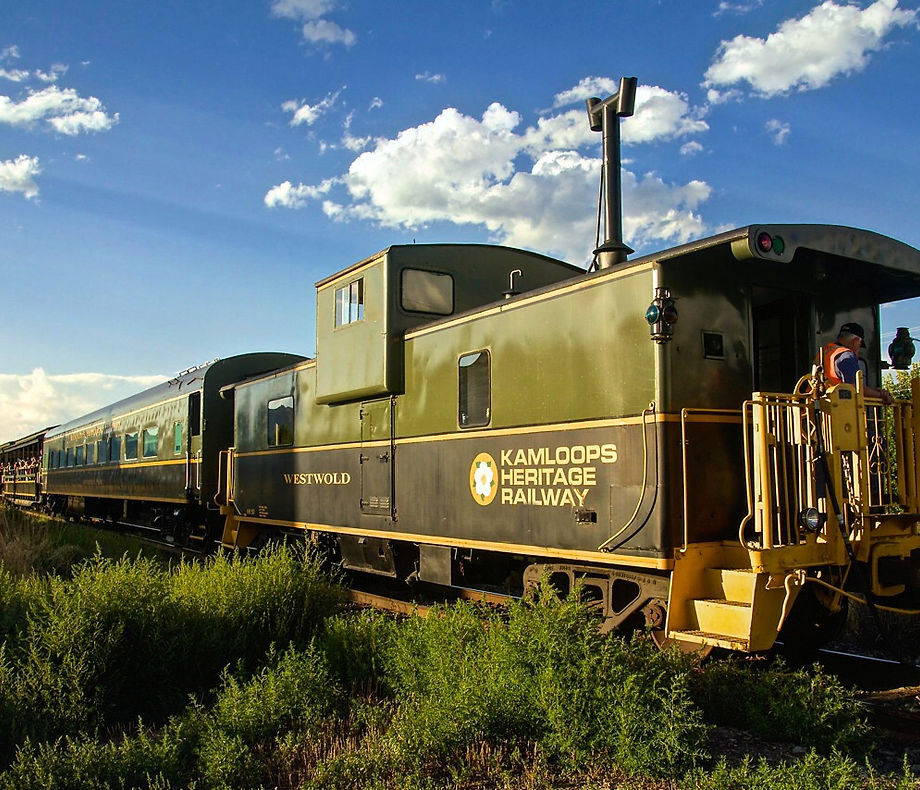 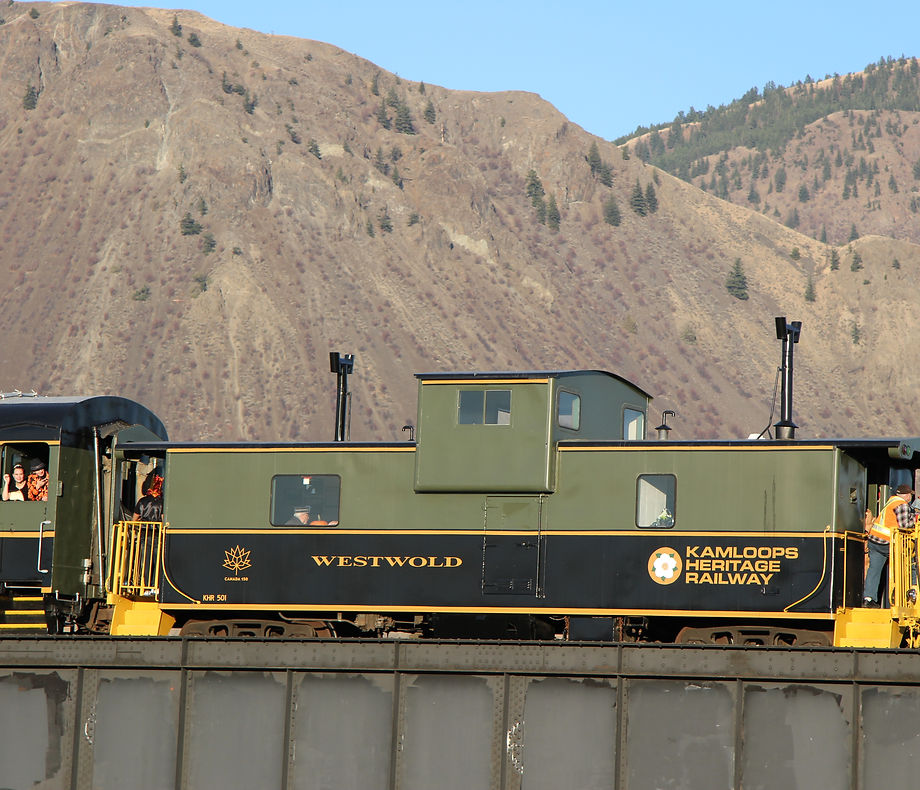 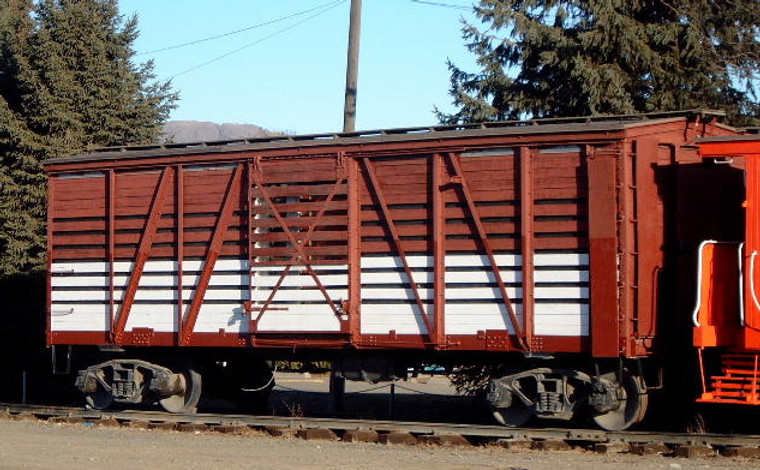 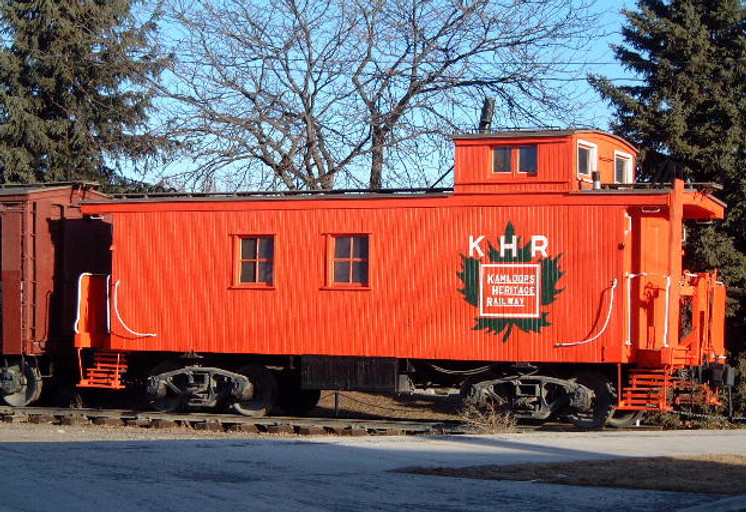 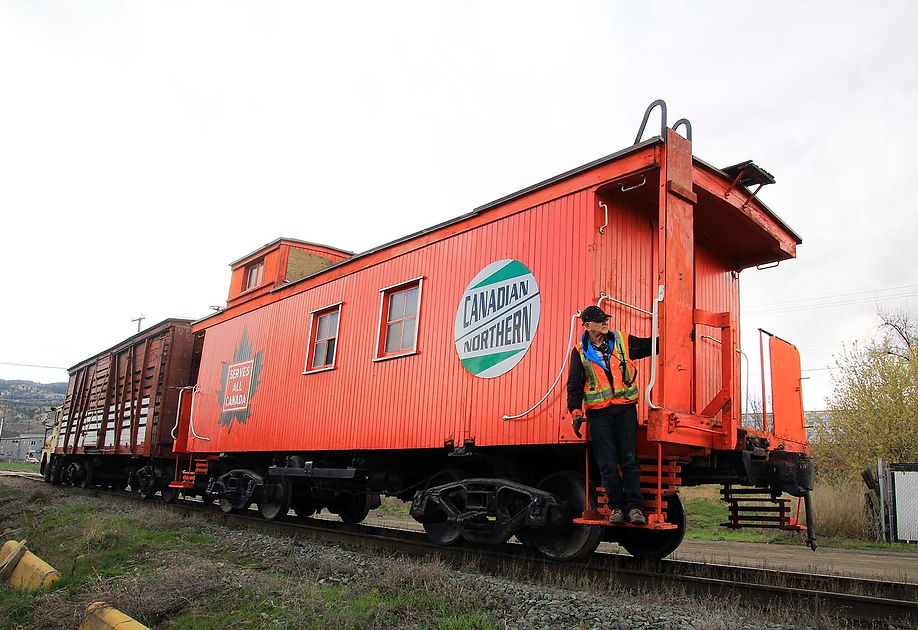 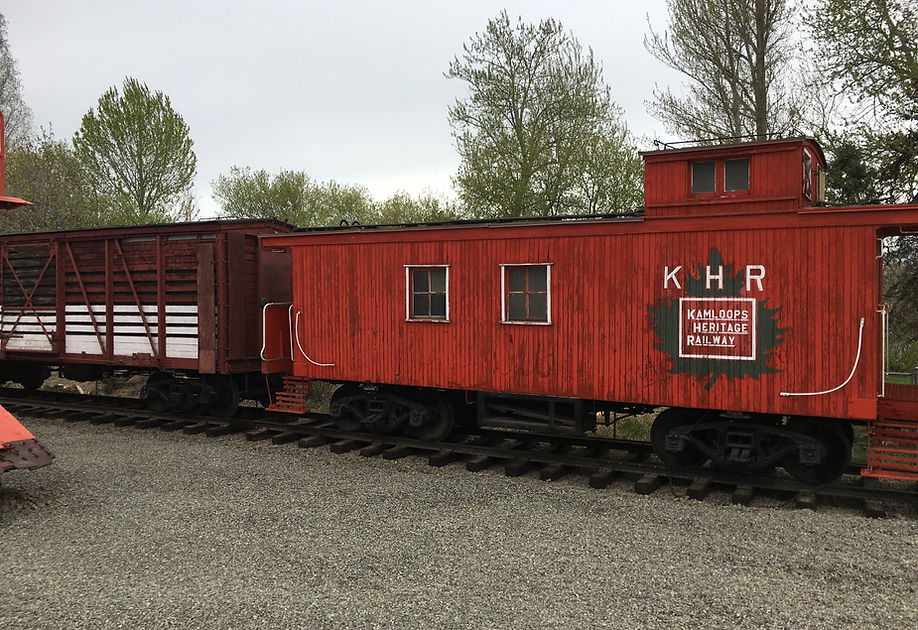 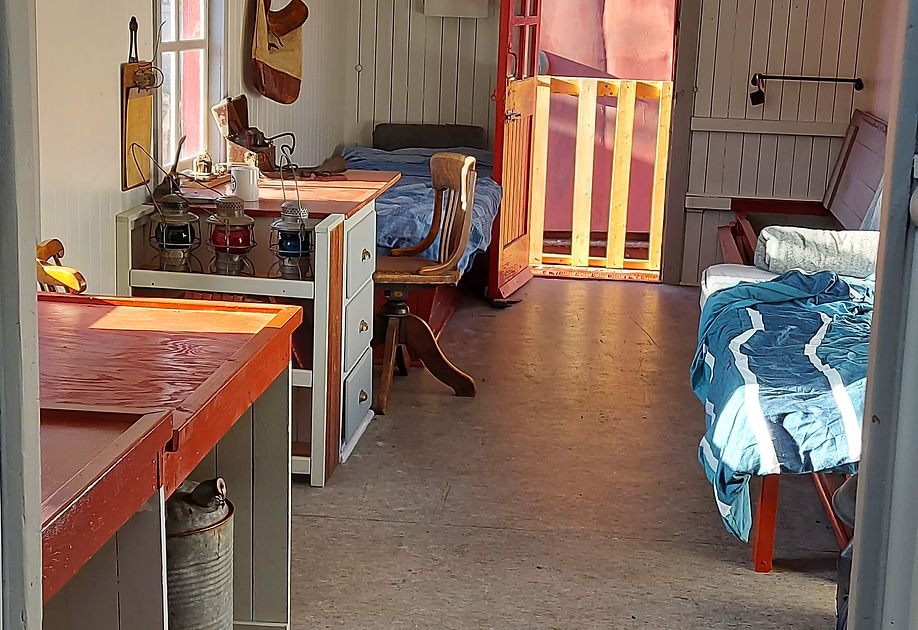 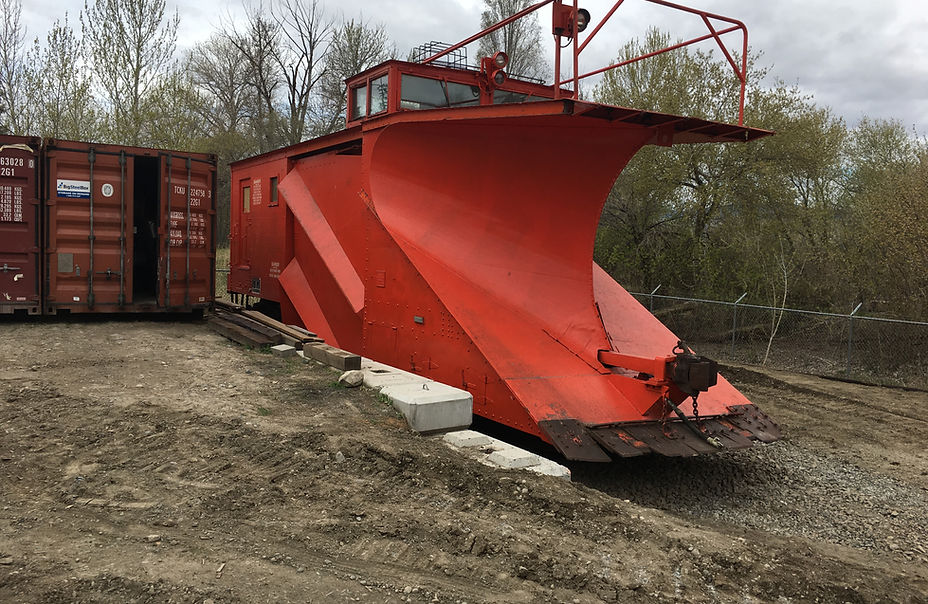 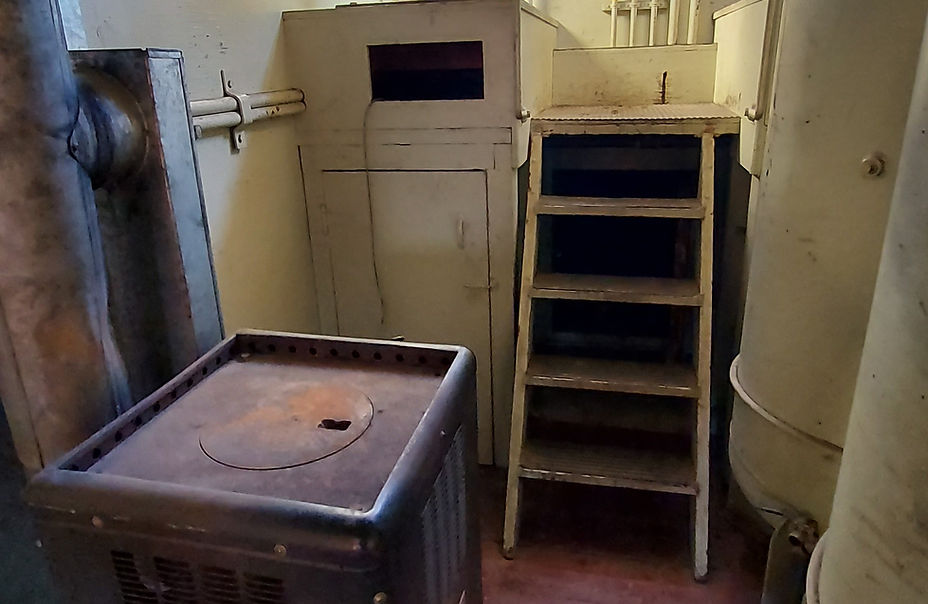 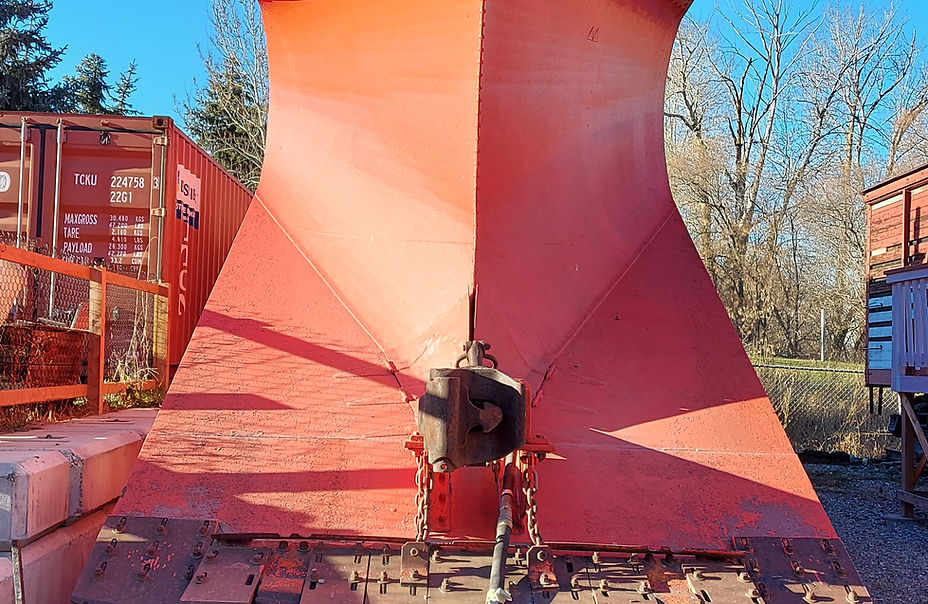 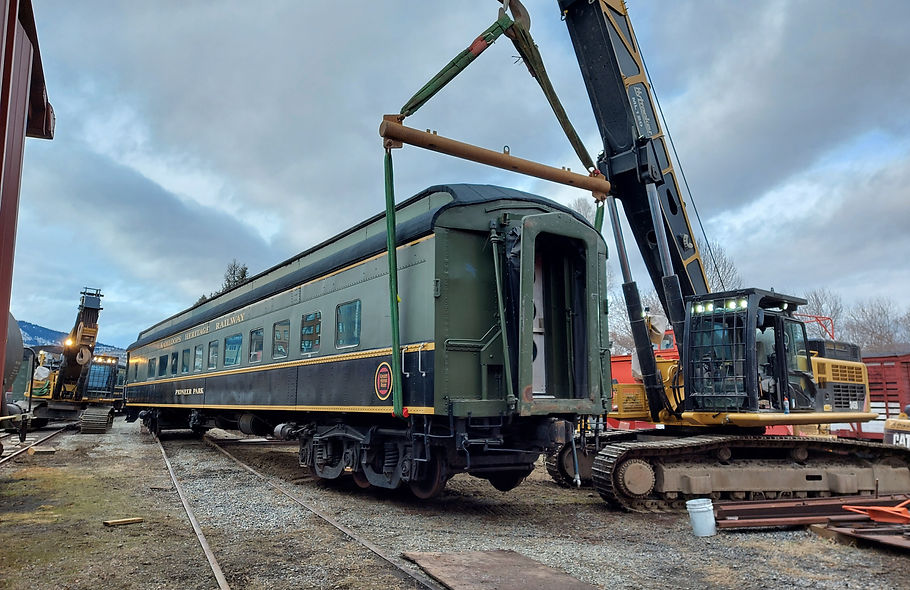 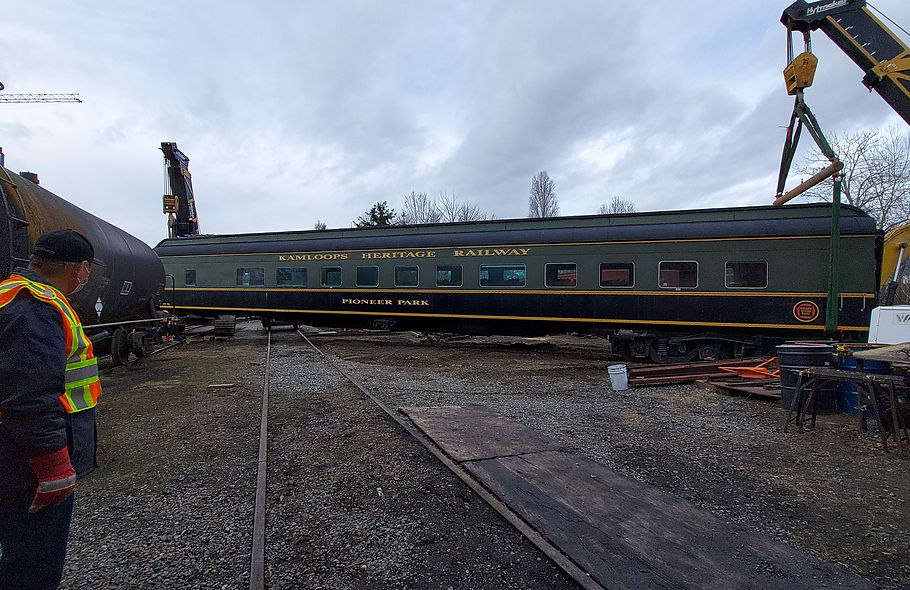 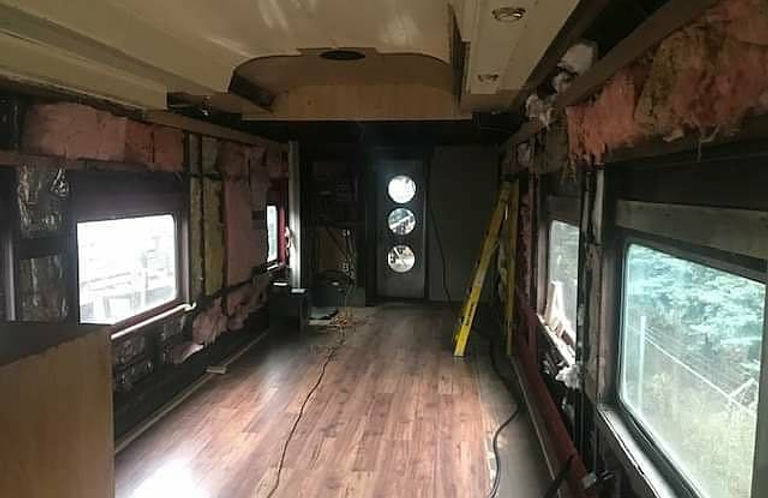 The 2141 steam locomotive was built in 1912 in Kingston Ontario.It worked hard for the CNR on the Canadian prairies and on Vancouver Island for many years before she was retired in 1958.

In October of 1994, the 2141 was lifted out of the park and trucked to a nearby barn where the restoration work was preformed. For eight years volunteers toiled away hoping one day to see steam.

In 2002 the barn doors swung open and 2141 chugged out under its own steam for the first time since 1958. Two open-air cars were built, three coaches, a cafe lounge and a caboose followed suit not long after.

Due to track access issues the 2141 no longer runs on tours, but can be viewed at the Heritage Railway Park.

Café Lounge cars were attached to trains to offer a light meal and refreshment service. Unlike a Dining car the Café lounge catered to smaller portions and a larger variety of drinks.

This car was built in 1954, the “Monte Lake” (402) Café Lounge (ex-CN/VIA 5592/755), as a part of CNR’s expansion to include 359 new “streamlined” passenger rail cars. Aside from a few minor modifications, this Café Lounge maintains much of the original CN/VIA interior.

Similarly to the 402, the “Riverside Park” (403) passenger coach (ex-CN/VIA 5590) was part of the modernization process undertaken by the CNR to upgrade their fleet of passenger equipment. They added 359 streamlined passenger rail cars to their fleet in 1954.

The passenger coach was attached to all passenger trains for general use; all guests were assigned a seat for day use or could book a sleeping car arrangement for overnight. Overhead was a large area for carry on luggage and the cars came equipped with two washrooms.

The Kamloops Heritage Railway acquired the 403 passenger coach in 2004 along with its sisters the 404 & 405. KHRS is proud to say that this passenger coach sports much of the original CN/VIA 1970’s interior.

Imagine experiencing the massive expanse of the prairies and the grandeur of the Rocky Mountains from your comfortable first class seat in this very passenger coach.

Open air car 301 was built in 2002. It was designed and built by volunteers of the Kamloops Heritage Railway and was completed in time for the KHR’s inaugural excursion.

Open air car 302 has a very similar history to car 301 with only a few exceptions. 302 was completed in 2003 and very closely resemble 301. The car was also fitted with a roof in 2004 and was altered slightly to accommodate passengers traveling in a wheel chair.

Built in 1975, the “Westwold” caboose (ex -BC Rail 1882) was acquired by the Kamloops Heritage Railway in 2003 from BC Rail. The caboose had been badly damaged in a fire and was completely restored inside and out.

The caboose came into regular service in 2005. The caboose has been modified inside to enhance guest experience. It has been redesigned to hold passengers, rather than just a conductor and brakeman. The Cupola, raised area above the roof is where the conductor would have observed the trains travel.

The cattle car (ex CN No. 800042) is one of our rarest cars as they were not built to last a long time. This car was built in 1911. These railcars carried livestock to and from the stockyards on Lorne Street. At one point there were over 30,000 of these cars in use, but this is the last known model in BC. This car, along with the caboose, were once the Visitor Centre in Kamloops, located on the Yellowhead Hwy. It then sat in Pioneer Park for a number of years before becoming a static display in our historic park.

Built in 1911, it was originally CN No. 76058 and it's one of 50 left in Canada. Only 18 of these are in active service. This car, along with the Cattle Car, were once the Visitor Centre in Kamloops along the Yellowhead Hwy. It then sat in Pioneer Park for a number of years on display. We have converted it back to look like an authentic conductor's caboose.

This is a wedge snowplow built in 1954. It used to be CN55457. Snowplows were some of the least used cars, but most important in the winter! They barrelled down the tracks, heading a locomotive to remove snow. This one has been decommissioned, but some wedge plows are still used today. Other methods of snow removal are more common, such as rotary plows and snow blower.

This coach has triple axles which provided a very smooth ride. It is being used in our education program as a historic ‘Schoolroom Car’. The front half, which would have been the teachers residence is being turned into a model display depicting the Kamloops area from the 1900-1960’s.

A special Thanks to Our Partners

Become a partner Today
Partner With Us 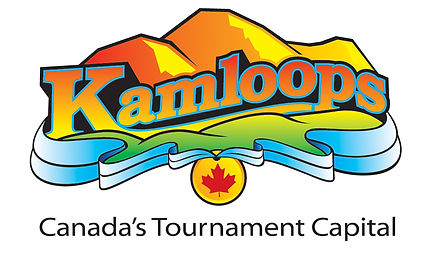 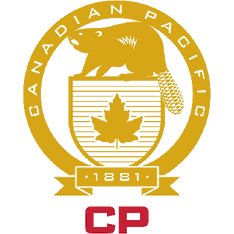 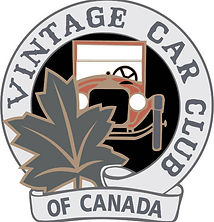